Believe it or not there are grot-spots in Brampton. One of them is roughly a hamburger’s distance from the nearest burger shop, on the Norwich ring road. Journey time to here is enough to chew through a burger and to guzzle your drink before you drive through the parish. At this point it is common practice to toss all the empty containers out of the window. This is how grot-spots grow. Or so it seems. 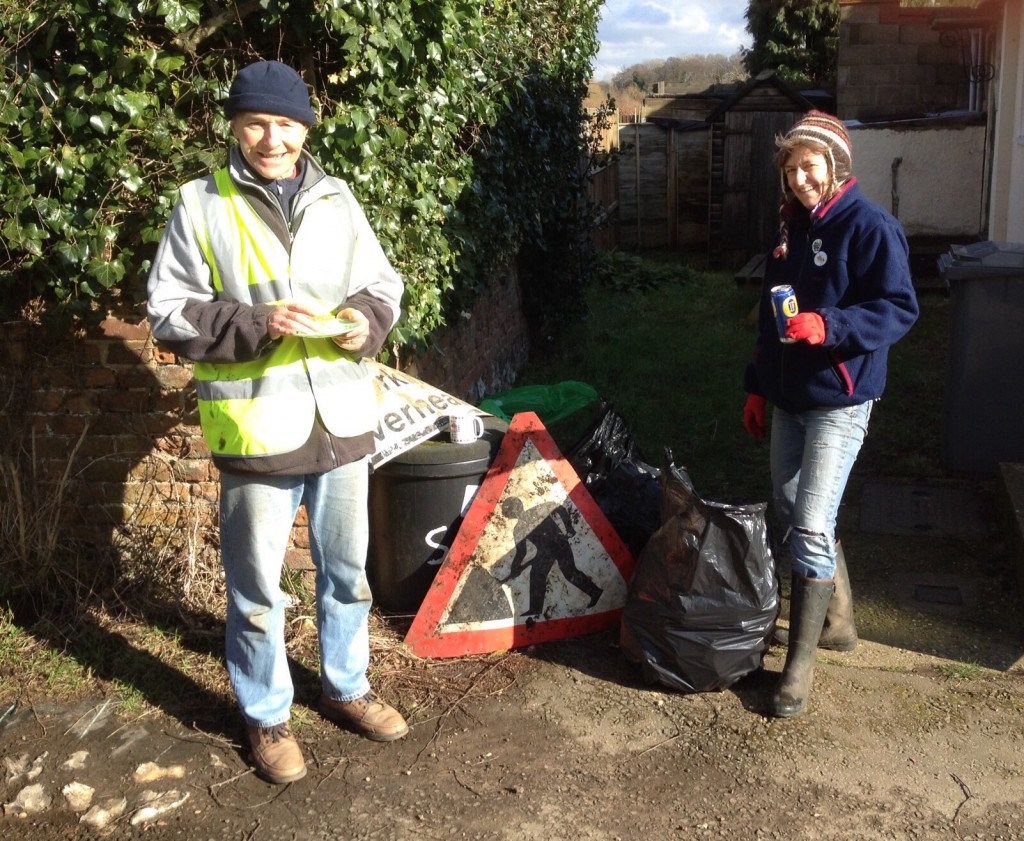 This is why, every February, we have to have a parish litter pick – to clear up after the tossers. 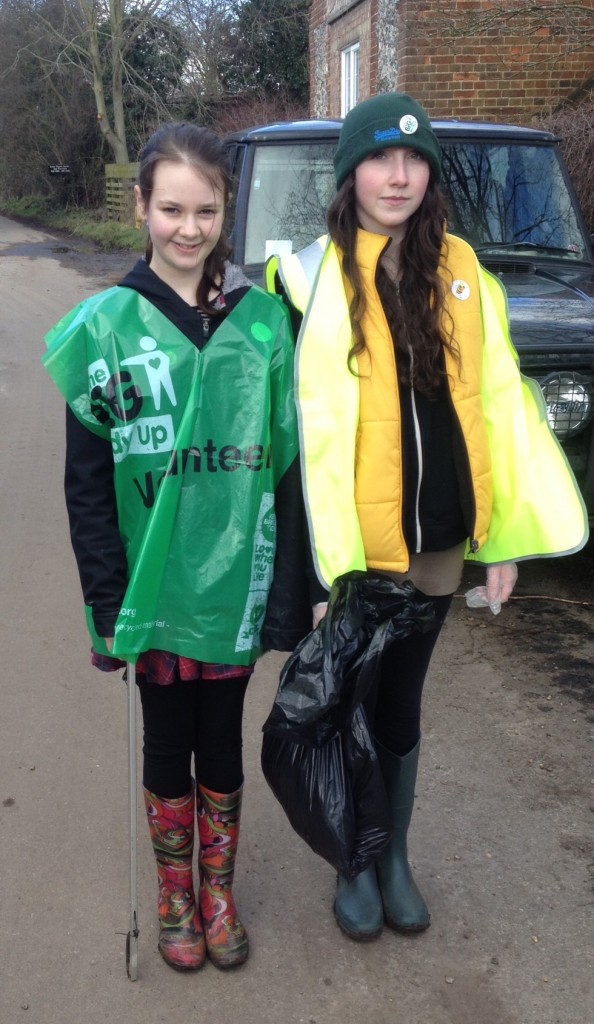 It is a great relief that so many villagers are willing to give up their time during a chilly early Spring morning in order to restore some semblance of order to the pIarish highways and byways. This year twenty people turned out to do just that. An hour or so’s work, walking all the routes, generated eleven bin bags of rubbish. Very little seemed to be accidental rubbish, the sort of stuff that “blew out of the window” of that which failed to make it from the bin to the bin lorry, it generally the wrappers of the last meal. Although, bizarrely, the discarded pair of rubber gloves which individually were found under bridges which were a quarter a mile apart were a bit worrying. As were the aluminium road signs which were dumped in the hedge by the Council contractors, of all people. And the lunch bottles and containers that were thrown over the bridge parapet by some driver based at Brampton Hall – obviously in the knowledge that some one else would clear them up. That’s alright then.

Anyway. Rant over. The parish is tidier than it was. For the time being at least. Thanks to everyone who gave up their time and let’s hope that next year we find less than the eleven bags of rubbish!

This entry was posted in Brampton Blog, News and tagged 2015, Brampton, Litter picking, Spring 2015. Bookmark the permalink.
This website uses cookies to improve your experience. We'll assume you're ok with this, but you can opt-out if you wish.Accept Read More
Privacy & Cookies Policy
Necessary Always Enabled